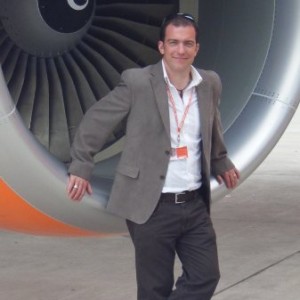 I work as part of the Commercial team working in both the wet lease and charter markets.  No day is ever the same –  one day I might  be speaking to an airline who have an AOG aircraft where they need us to operate their service, this may involve launching any aircraft in the fleet in 60 minutes which we call a Go Now. The next day I may be working on an ad hoc charter either pricing new requests or looking after a booked flight. This can be anything from our weekly Dalaman service flying passengers to their holiday resort to flying a film crew and equipment to a set anywhere in the world. Even on quieter days the phone can ring and suddenly you are involved in launching an aircraft into a trouble spot to evacuate British Nationals.

I had already worked for Air 2000 as a Ground Operations Coordinator before attending the UKOMA course. The course gave me a much wider view of the Operational side of the airline business and filled a number of knowledge gaps that I had at the time.  Also the networking was a fantastic part of the course, meeting other operations staff from other airlines some of which I am still in contact with today.

After UKOMA I continued to work for Monarch as an Operation Assistant for 2 years supporting the Ops Controller as well as flight planning, including ETOPs dispatch.

In 2002 I left Monarch to join Easyjet as a Fleet Controller. This was at the time of the Easyjet / Go-Fly merger and I found myself seconded to the Go-Fly operations team.  This was an exciting time in the low cost industry which was growing at an unprecedented rate, as I joined the fleet size was just 27 aircraft which had increased to over 200 by the time I left the airline in 2011.

In 2008 I transferred from Fleet Control and Flight Planning to Operations Planning. Here I was responsible for the midterm program ensuring a well optimized program was delivered to the day to day Operations staff.  This involved working with many departments of the airline including Engineering, Commercial and the Operations Management team.  In 2011 I left Easyjet to join Titan Airways in my current role as a Commercial Executive.

The UKOMA course is a great foundation to a career in Operations. In any airline I would try and have an understanding of each department’s role for example crewing, engineering planning and flight planning. Having an understanding of the various roles allows you to make much better operational decisions with a bigger picture in mind.

This website uses cookies to improve your experience while you navigate through the website. Out of these cookies, the cookies that are categorized as necessary are stored on your browser as they are essential for the working of basic functionalities of the website. We also use third-party cookies that help us analyze and understand how you use this website. These cookies will be stored in your browser only with your consent. You also have the option to opt-out of these cookies. But opting out of some of these cookies may have an effect on your browsing experience.
Necessary Always Enabled
Necessary cookies are absolutely essential for the website to function properly. This category only includes cookies that ensures basic functionalities and security features of the website. These cookies do not store any personal information.
Non-necessary
Any cookies that may not be particularly necessary for the website to function and is used specifically to collect user personal data via analytics, ads, other embedded contents are termed as non-necessary cookies. It is mandatory to procure user consent prior to running these cookies on your website.
SAVE & ACCEPT
Posting....